The Core Responds to Here and Now

The Core Curriculum, the hallmark of a Columbia College education, is entering its 101st year against a backdrop of acute, historic crises. It’s a time that contains striking echoes of the challenges that compelled the Core’s founders to create the curriculum in the first place — as a means to impart to students an awareness of their place in the world, and to equip them with knowledge and habits of mind that are essential to responding to the complexities of their present moment.

But even as the Core’s framework endures, it must evolve — and how it could best respond to this moment was a vital question at the outset of this academic year. 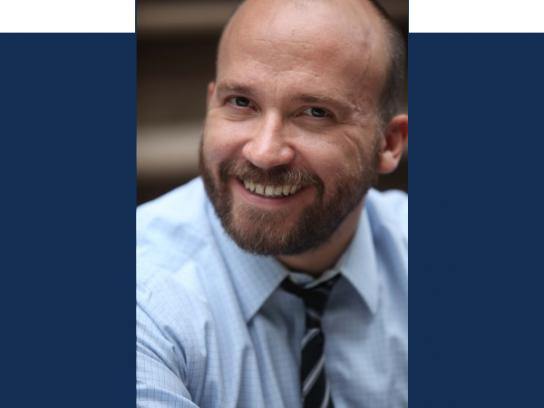 Continue for Q&A with Larry Jackson

Larry Jackson, associate dean of Academic Affairs, Core Curriculum and Undergraduate Programs, speaks about the collective effort he and Core faculty members have made to reframe the curriculum for 2020, the attention being given to issues of racial justice, and how all students can find themselves in the Core community.

How is the Core Curriculum adapting to this moment in time?

When the Core was founded in 1919, the intention was to help students prepare to grapple with what the creators called “the insistent problems of the present.” At the time, this included the destructive fallout from WWI, sweeping political changes, a deadly flu pandemic, police and vigilante violence against African Americans and anti-immigrant sentiment that led to the arrest and deportation of thousands. The idea of the Core as a way of responding to the problems of the present is something that we continue to think is important; the curriculum has evolved over time in order to meet that original goal.

This year we are grappling with the problems of COVID-19, and we’re seeing a nationwide reckoning with a long history of anti-Black racism — problems that are similar to what students were facing in 1919 — so we continue to look to the Core as a way to be responsive. In particular, we looked at our syllabi for all five courses and tried to build bridges between the works already on the syllabus and some of our present-day issues. We are also introducing new works that we think will be especially effective.

What was particularly motivating for you and other Core faculty?

In June, when the protests were happening, I started talking with the Core chairs about ways in which we could help students think about those protests and understand what was behind them. All of us felt very strongly that we should try to address this important moment in American history. We collectively looked for ways in which each course could do it, and I’m pleased to say that all five of the Core courses have added something.

Of course another big question for us this year has been how to replicate the Core community virtually — that’s where faculty have been investing a lot of their creativity. How do we take this very intimate experience of having a small group of people who are face to face in the classroom, and recreate that online? We’ve been looking for ways to supplement the community experience outside of class time; for instance, on Friday afternoons we have something called CC Chats, organized by CC chair Emmanuelle Saada, which are conversations that faculty and students are having about various issues. The intention is to put the “contemporary” into Contemporary Civilization; the first one was on the concept of justice, from Plato to the movement for Black lives.

What works or conversations can students anticipate engaging with this semester?

When Joanna Stalnaker, the chair of Literature Humanities, and I talked about what students should be reading during the summer, she suggested Claudia Rankine’s Citizen: An American Lyric — it just seemed like it was absolutely the exact right text for the moment. It’s a powerful text that is very much part of the lyric poetry genre, so it’s consistent with Lit Hum’s approach; in particular, Sappho as a representative of lyric poetry. Rankine is writing out of that tradition. The use of first and second person in Rankine’s text very compellingly addresses the experience of African Americans. There are a lot of visual elements to it, and editions are constantly being updated. There is a double-page spread that lists names of African Americans who have been killed by police, and it keeps getting added to. It’s an extraordinary work.

For Contemporary Civilization, Emmanuelle Saada and I wanted to introduce a unit on Race and Justice; with the support of the CC faculty we added texts by David Walker, Frederick Douglass, Martin Luther King Jr., Angela Davis and James Baldwin.

In Music Humanities, there’s already a unit on jazz, but chair Elaine Sisman and her colleagues have extended that to look at the ways in which African-American jazz musicians have been responsive to the question of anti-Black racism. They’ve included Billie Holiday’s “Strange Fruit” and Charles Mingus’s Fables of Faubus, works that were composed specifically in response to the racism in the Black Freedom movement.

Art Humanities was already undergoing a major overhaul of the syllabus — the first since the course was created in 1947. Chair Noam Elcott ’00 and other faculty have introduced artists of color like Romare Bearden and Jean-Michel Basquiat, as well as introducing race as a subject, looking at the ways that people of color were being depicted in art. That was already happening but now they’re trying to emphasize and elevate that a bit more in the teaching of the courses this semester.

And finally, Frontiers of Science. Frontiers has four units that are constantly rotating and always includes the most cutting-edge, relevant research. There were already faculty who were talking about the South Bronx having a higher rate of asthma than the rest of New York City, one of the highest in the country. So that was a good example for a conversation about environmental racism. Now they’re elevating those kinds of topics; for instance, when they talk about the ethics of scientific studies, they’re going to look at the Tuskegee Experiment. They’re going to incorporate anti-Black racism into their discussion of science. All the courses are doing something this term which will be responsive to this moment in history.

How do you think the Core is especially equipped for 2020, when frankly, nothing is going right? And how do you think it prepares students for the world?

One of the points that we try to emphasize in the Core is that the breadth of topics studied means that nobody is an expert — a professor might have expertise in one area but not in everything on the syllabus. There’s a very egalitarian approach to the discussion of these works and to their study, and I think that’s incredibly important right now. I think that when you’re facing new challenges, sometimes what you need is the ability to approach those problems with what Dean [James J.] Valentini always talks about, Beginner’s Mind. We can’t just fall back on expertise of what worked in the past and what we know already — we have to be creative and imaginative and critical and come up with new solutions. We hope the Core instills that spirit in students and exercises some of those faculties that will help them to solve problems in the future.

A third thing that has been important for me personally and that I hope the Core also instills is this historical orientation, that in order to understand and grapple with the issues of the present you have to understand something of the past and how we got to this moment. But that sense of history gives you a sense of perspective as well. And if you know that there have been other moments in history when we’ve had to grapple with the kind of violence that we are seeing, the kind of hatred and prejudice and polarization, pandemics, plagues — those are things that humanity has dealt with in the past, and I think that knowing that can provide a little bit of consolation as we face those kinds of crises in the present.

Do you think the Core can be a force for recovery? Not only from pandemic and hate, but also the breakdown of civil conversation in society?

One of the problems that we have today is we have lost the personal element that we once had to democratic life. As there’s been this shift to social media and cable news, it’s become a lot easier to vilify people who disagree with us. We don’t talk to them face to face; we deal with cartoon versions of them. So I think that one of the things we try to emphasize in the Core is that we’re creating a personal space in which people face to face can grapple with ideas that they disagree with, ideas that might even offend them deeply.

I think the other side of that is recognizing the limits of civil conversation and trying to foster the empathy and the perspective that will help students understand those limits and what might drive people to these limits. Yes, we want to encourage civil conversation, but we also want to take seriously instances where people feel that they are past that. Something has happened, they have experienced violation, they have experienced something that has made their entry into civil conversation impossible. We want to encourage the empathy, the imagination, the perspective that will allow us to understand what drove people to that point.

What would you say to students who might feel there is no place for them in the Core?

First and foremost, we want the Core community to be inclusive and diverse. Nobody should go into a Core classroom and feel like this is an experience they can’t have access to. A second point I would make is that we encourage students to look for themselves in places that they might not expect. I always point out to students that Malcolm X, in his autobiography, talks about beginning his journey of self-discovery by reading Homer. So I do want to encourage students to look at the ways that these texts can be a mirror in which we can find ourselves.