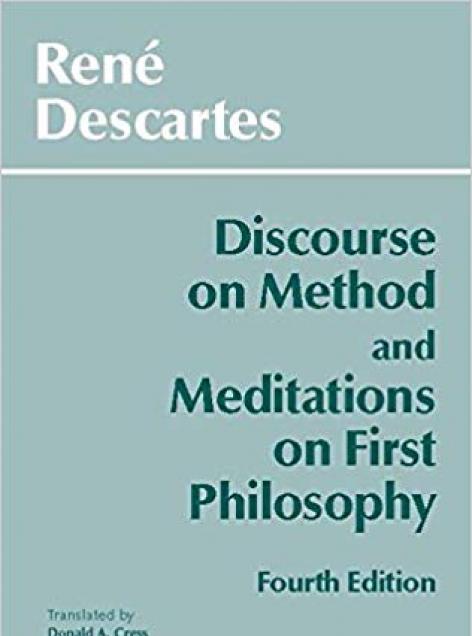 Discourse on Method and Meditations on First Philosophy

Date of Birth
1596 CE
Date of Death
1650 CE
Known For
The Principles of Philosophy, Discourse on Method & Meditations on First Philosophy

Confronted with a rapidly changing world, Descartes sought to ground his work in mathematics and science in certainty. He begins with a descent into extreme doubt, or skepticism that recalls Dante’s descent in the Inferno. Having doubted away all that exists, Dante finds that one thing cannot be questioned: his own existence. With that, Descartes places the rational human subject at the center of philosophy and the questions of knowledge that are central to scientific inquiry. He then makes the existence of god and the immortality of the soul rational problems rather than questions of faith, and advances a notion of mind-body dualism that challenged the philosophical views of his time.